During the first year Tessa Johnson worked as a paraprofessional for the Cincinnati Public School system, she felt overwhelmed. She knew the children she helped needed more than just school support. Understanding she couldn’t reach everyone was a tough pill to swallow.

But she persevered, and now she gets messages from former students thanking her for help. “When they contact me, it means everything. I’m proud of the relationship-building I’ve done that’s made a difference.”

Johnson’s dedication to building relationships, combined with her desire for a career centered on serving others, made her an ideal candidate to be a Community Health Worker (CHW). CHWs work with clients in under-resourced communities to identify and eliminate barriers to good health outcomes. Those obstacles might be lack of transportation, food insecurity, or unsuitable housing, as examples. CHWs use the Pathways Community HUB model, an evidence-based system, as a framework for providing clients education and connection to resources.

Health Care Access Now (HCAN) runs a certification program for and employs CHWs, as well as acting as the regional HUB director. “When I learned that CHWs in the Maternal and Child program focus on lowering the infant mortality rate and act as a liaison between clients and the health care system, it made me really excited,” Johnson says. She has been working as a CHW for nearly a year.

[What is a Community Health Worker? — Learn more]

Many roles, much encouragement

Johnson believes that CHWs are important “because there’s such a wide gap between the health field and the community.” She says that CHWs play a lot of roles for clients. “We’re encouragers, we’re translators, we’re nurturers, we’re educators.”

She tells the story of a client who recently had a baby. The client had survived an abusive relationship and had been involved with drugs. “When I met her, she was five months pregnant.” Before Johnson even saw her face-to-face, they had a phone conversation, and she recognized the client’s determination to make positive life changes. “We kept in contact, and she got a job. She did everything she was supposed to do.” Now, “she has her baby and is doing awesome.”

Johnson says she has “always just wanted to help.” She has two grown daughters of her own, one of whom is a young single mother. “When my daughter got pregnant in college, it surprised me.” That experience made her want to “work even harder to help other people.” She recognized that “life can go in a different direction [than expected], but it’s not over.”

She applies that philosophy to her clients by meeting them where they are and providing encouragement. “I want to work with them,” she says. “We’re there to build them up and make them independent.”

The barriers clients face can be even more difficult to hurdle because of inherent bias within the health care system. Johnson has seen incidents where “some health professionals are not so professional” and treat vulnerable patients with less respect than they deserve.

For example, she witnessed a patient waiting in the emergency room for treatment from injuries sustained in a traffic accident. She was asking for medication to ease her pain. “Without even looking up, the person in the registration office said, ‘Not my job.’” Naturally, that upset the patient.

Johnson stepped in and spoke with the hospital employee and with their supervisor. “You have to be able to speak up when something isn’t right. You have to let them know you see what’s happening and speak in a firm way without being nasty.”

“Everybody works together at HCAN,” says Johnson. “I can always call someone if I need help.” That’s one of the many reasons she loves her work. “It’s not just talk. We’re working toward building community and making a difference.”

She also appreciates the way that HCAN employees get involved with the communities they serve. “We let clients know when there’s going to be something that benefits them.” She lists health fairs, workshops, giveaways, and meetings as examples. “We attend events and get to know the people. We don’t just work eight hours and go home. We build relationships.”

That’s the very thing that has marked Johnson’s entire career: relationship-building. She’s proud to call that her strength and knows it can carry her forward into a successful career as a CHW.

Everyone deserves to live a healthy life. And there’s more to health than just exercising, eating right, and making good choices. It’s about having regular access to a doctor, being able to afford medications for chronic diseases, and overcoming barriers that can prevent people from having good health outcomes. Health Care Access Now (HCAN) trains…

April Biggers joined the Community Health Worker (CHW) program at Health Care Access Now (HCAN) on the advice of a friend—now co-worker—who raved about the position. “I knew I wanted a career, not just a job. I wanted somewhere I could grow and flourish. I wanted to be able to make a difference,” she says…. 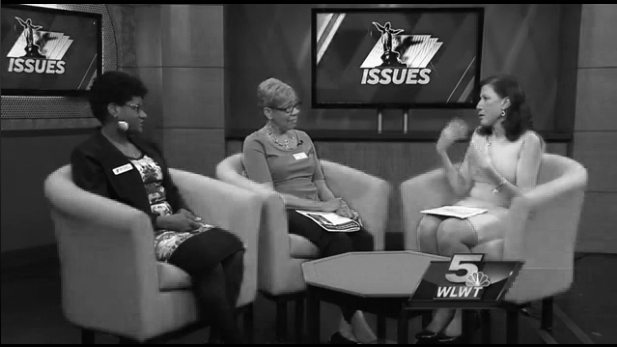 D. Jill Byrd, RN, Nursing Supervisor for the Cincinnati Health Department (CHD), wants to “make all the citizens of Cincinnati as healthy as possible and to decrease any barriers that would cause issues for them.” Ultimately, the goal of CHD is to make Cincinnati “the healthiest city in the United States.”  One of her areas…

Sign up today! —> Connect with a Community Health Worker. Call 513-707-5697 or complete the online application form. Community Health Workers (CHWs) positively affect vulnerable communities! They serve as liaisons between medical and social services and the community. They advocate for change and cultural competency of services delivered, as well as improving access to quality care. CHWs build individual and…

2020 was a year filled with unexpected challenges—like a worldwide pandemic!—and windfalls—like large grants—for Health Care Access Now (HCAN). It was a year that HCAN used to expand on its successes of 2019 and focus its mission as it moves into the future. Here’s a summary of the last two years.  Hub capacity increase and…