The phrase “pull yourself up by your bootstraps” currently means being able to do something by yourself. No matter your circumstances, this phrase implies, you should be able to achieve wealth and success. Often, the phrase is wielded at people who live in poverty.

The phrase “pull yourself up by your bootstraps” effectively blames people experiencing poverty for their own situation. It says: If they just worked harder or smarter, they would be able to lift themselves into a higher socioeconomic level.

It’s funny, though, in the late 1800s (when the phrase emerged), “pulling yourself up by your bootstraps” meant doing something impossible.

Because you literally cannot pull yourself up by your bootstraps. It would mean you were levitating off the ground.

Despite what this phrase has evolved to mean, the original meaning is still actually true. You can’t pull yourself up by your bootstraps.

Poverty is not indicative of a moral failing or laziness. It is very, very difficult to climb the socioeconomic ladder—and anyone who manages it has usually had some form of help.

Circumstances of the way you were raised follow you throughout your life. For example, according to data from the National Association of Student Personnel Administrators, in 2013, “students from high-income families were 8 times more likely to earn a bachelors’ degree by age 24 than students from low-income families.” Education, of course, affects a person’s ability to access higher paying jobs.

It is important to note that it is not laziness or lack of intelligence that prevents people from lower income families from attaining higher education. A huge number of factors (financial, social, logistical) converge to make attending college—and seeing it through to graduation—more difficult.

What does it mean to be “self-made”?

Americans value the idea of the “self-made” person: someone born into poverty who became wealthy purely on the merits of their talent, worthiness, and hard work. Someone who has, once again, used those bootstraps.

But the vast majority of people we think of who seem to fall into this category received some form of help—whether that was through education, seed money from relatives, introductions to successful acquaintances, getting breaks from government policies, or countless other advantages.

According to The Economist, Americans have a 7.5% chance of reaching the top fifth of income distribution if they were born into the bottom fifth.

The power of people helping people

It is convenient to believe that wealth is a result of morality, hard work, and ability. That way, those who have wealth can believe that those who do not share their good fortune are somehow less deserving.

Believing that poor people are somehow less deserving of wealth—or could attain wealth if they just tried harder—keeps poor people poor. Everyone deserves to live with dignity.

Heath Care Access Now (HCAN) and its Community Health Workers (CHWs) work with low-income individuals and families to remove obstacles to health equity. One of the many hardships that those in poverty face is lack of health care access.

When you know that someone living in poverty can’t “pull themselves up by their bootstraps,” then it means it’s up to you to do something. Effect policy change by voting (in local as well as national elections), give money or time to organizations aiming to level the playing field, and stand up for those in need. 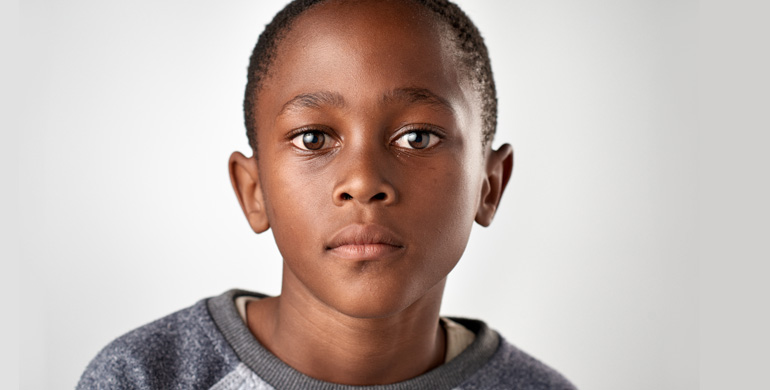 Health Care Access Now (HCAN)’s clients often face obstacles—like lack of childcare or transportation—that keep them from seeing doctors regularly. In other words, they don’t have a medical home.  Lynniece Scurry, Community Health Worker (CHW) for HCAN, says it’s important to help her clients find a primary care physician that can act as a medical home because…

What would your day look like if you didn’t have a car? Look up the bus schedule and route to get to work. Does a 15-minute drive turn into a journey of an hour or more?  Notice how time waiting for the bus isn’t necessarily factored into the planning. What if the bus doesn’t come…